As a “Visual Artist” I have tried my hand (pun intended) at many formats and applications; comic art, psychedelic posters, digital 3D (example above), large format illustration, murals, signage and displays, mixed-media paintings and of course, graphic design for print and web.

I mention in my Bio that my earliest interest in visual art was in drawing comics. My first big dream in life was to be a comic artist and work for Stan “The Man” Lee at Marvel Comics. In fact, while in the county orphanage, I made and sold my own comic books for 5¢ that I drew on mimeograph transfer masters and ran off on a classroom mimeograph machine.

What I didn’t mention was that prior to that, I had won a Alameda County K-5 Student Art Contest while at Lockwood Elementry with a watercolor painting of an underwater scene. It had a sand seabed, some long plants swaying in the current, shells, a starfish, a half-buried treasure chest and, as the centerpiece, this sleek looking shark making a half circular arc in the water with a trail of bubbles in it’s wake.

I thought sharks were awesome-looking in general. In fact, I believe that is what inspired some cool wood-carvings of a futuristic car design I was noticed for at Claremont Jr. High, as a participant in a Ford-sponsored competition my school woodshop class was part of.

I will be adding a few more specifics on this page and some more examples of whatever I can dig up, so I invite you to return soon. You can also subscribe to notifications on my contact page.

Designs from the Product Shop 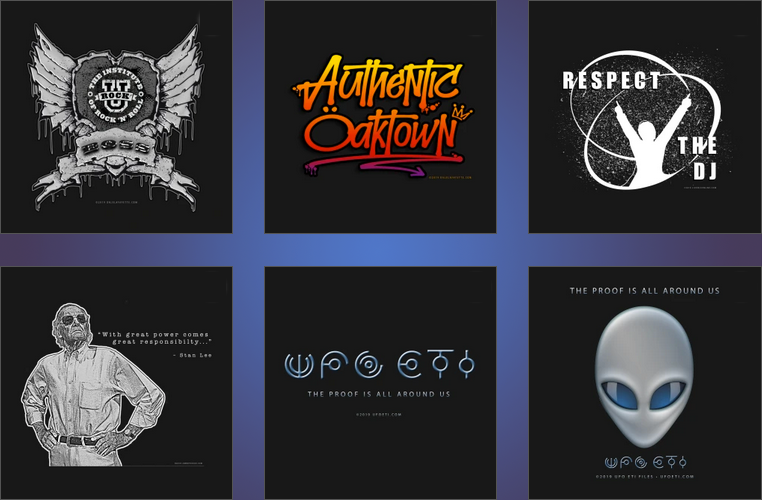 T-Shirts, Phone Cases, Hoodies, Artprints, Notebooks Mugs and more now available on TeePublic, an online custom printing and branding company that is set up in such a way that each purchase supports an independent artist. My kind of people!

Check Out The Shop →