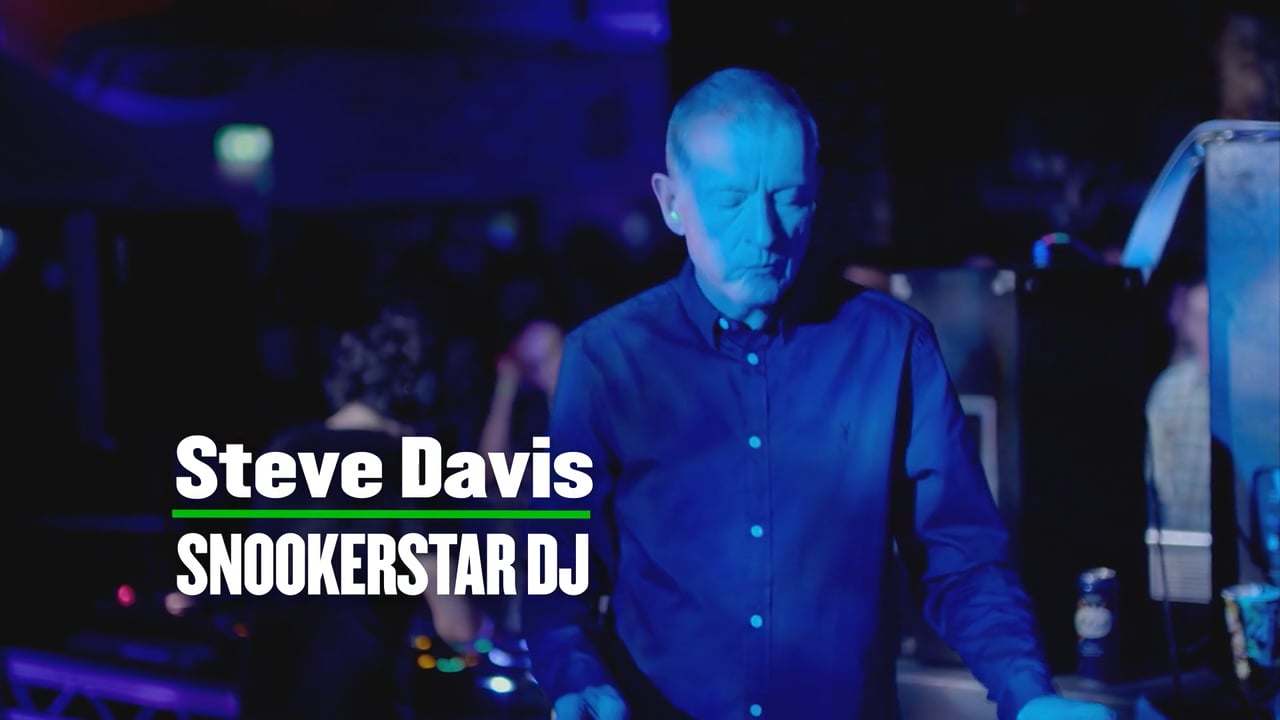 I have intuitively been aware that my brain is wired like a lot of musical maniacs: we apparently share the instinctive ability to “see” our music in visionary-like hallucinations that resemble everything from the cosmic time-travel kaleidoscope scenes in 2001 – A Space Oddessy to the wackiest episodes of Dr. Who.

I’ve never quite figured out how to explain this, but it appears to be something that permeates our creative conciousness on a number of levels. For instance, I love to read and hear about theories of the Universe that, with my practically non-existant academic background, I shouldn’t be able to understand at all.

And, I love to play pool — but also I could never explain how I got to be as good as (I think) I am at it. Case in point (perhaps): A wonderful article I stumbled upon while doing some research on geometric dynamics and, of all things, billiards.

There’s no shortage of famous musicians who can shoot a mean game of pool.

Elvis Presley, who favored 8-ball and rotation, loved pool so much he outfitted his basement Billiard Room at Graceland with 300 yards of an elaborately printed pleated fabric covering every square inch of the floor and ceiling. 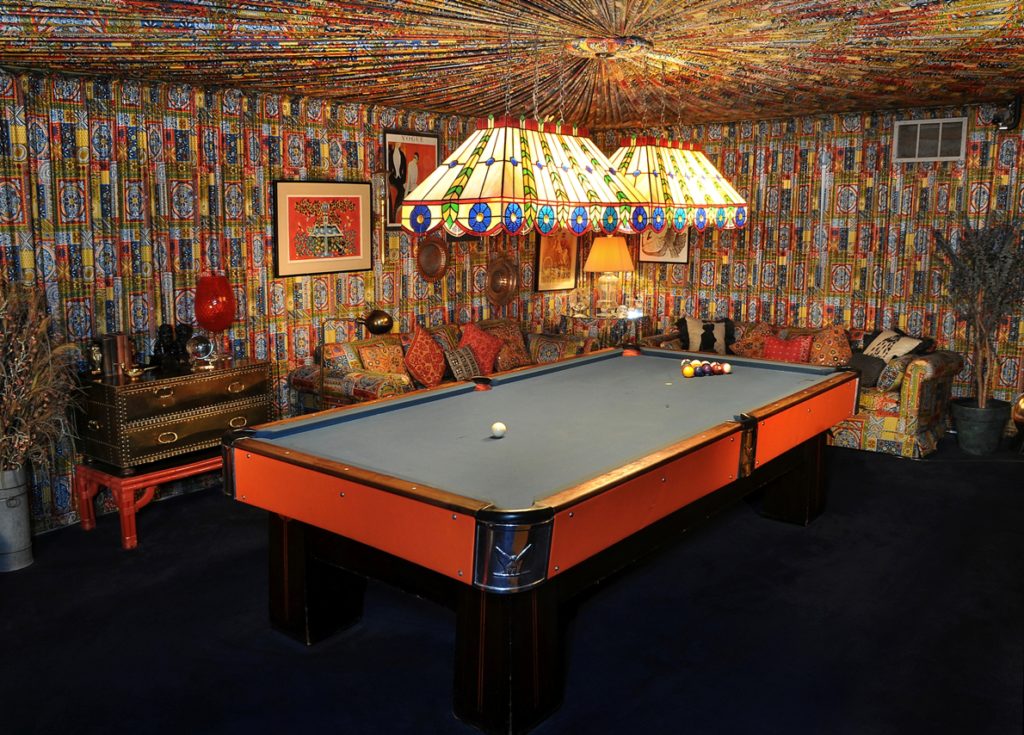 John Lennon was an avid player, whose properties housed gorgeous snooker tables. Rolling Stone Ronnie Wood, who counts cue ace Jimmy White as one of his friends, remarked that the one item his ex-wife could not auction off was his prized baize table. Lemmy Kilmister, lead singer of Motorhead, said shortly before he passed, “I’m going to hell anyway, that’s where the pool tables are. You can’t imagine a pool table in heaven can you?”

Even Mozart was a pool fiend.

Steve Davis? Sure, the Englishman was one of the best snooker players in the world, dominating the sport in the 1980s when he won the World Championship six times and was ranked number one player in the world for seven consecutive seasons.

But, a DJ? As famous as he was for snooker, Mr. Davis was equally well-known for being, well, boring, due to his lack of emotional expression and somewhat monotonous interviewing style. Mr. Davis would be the first to acknowledge his reputation, saying to his electric idol Holly Herndon in the movie, “You don’t know my history. I was the most boring snooker player on the circuit. I had no facial expressions whatsoever.” In fact, he even mocked his own demeanor by publishing a book entitled How to Be Really Interesting.

This personality paradox, of course, is what makes the 9-minute documentary so enjoyable.  Directed by Chris Martinez for BBC Music and released in the UK in April 2016, Snookerstar DJ revels in the juxtaposition between Steve Davis, the Automaton, and Steve Davis, the Music Man.* As Barry Hearn, the man who discovered and managed Mr. Davis to global success and stardom, says in the film’s opening, “Something that doesn’t sit along his boring image is his taste in music.” 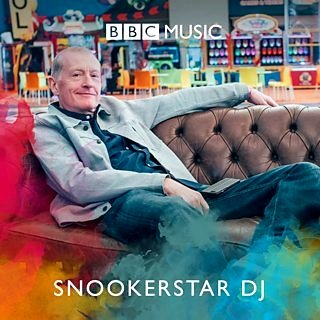 The film assumes its audience knows Mr. Davis’ snooker accomplishments, so there is little billiards shown or discussed.  But, the director correctly anticipates that most people are unaware Mr. Davis has been broadcasting his Interesting Alternative Show on Phoenix FM, a community radio station in England, since 1996. So, it’s eye-opening to see Mr. Davis at the local turntable – and this is before he heads to the Bloc Festival.

As a result of his local show, Mr. Davis, along with his co-presenter Kavus Torabi, has been invited to the Bloc Festival, a popular electronic dance music festival in England that will feature headliners, such as Radiohead’s Thom Yorke, as well as techno legends Jeff Mills and Carl Craig.

For the unflappable Mr. Davis, the upcoming concert reveals a rare moment of vulnerability. “I’m absolutely crapping myself, I really am…I’ve walked out of the Crucible of big matches, played in front of thousands of people live, millions of people on television, but that’s my job.  This isn’t my job so much…so I hope it goes well.”

Similarly, in the days leading up to the show, Mr. Davis shares he has no idea how to act on stage. “[I was] told to be myself and enjoy it and dance around, and I can’t do that. I had a dream. It was half a nightmare. I only brought six records and I messed up.”

As the crowd shouts “Steve Davis,” obviously amped they are about to witness a crossover moment in history, Mr. Davis takes the stage. Only a few moments of his set are shown, but it’s clear he’s enjoying himself, and later declares the performance to be “brilliant.”

With Mr. Davis’ metamorphosis complete, former manager Mr. Hearn ends the film with the perfect comment, “This change in Davis is something I have great deal of difficulty coming to terms with. I spent years creating the ultimate robot. And now I find him the most unlikely disc jockey in the world. It is a frightening prospect for music lovers in this land.”

* In fairness, there were early signs of Mr. Davis’ musical predilections. In 1986 he joined several other snooker stars to form the backup vocal group the Matchroom Mob for musical duo Chas & Dave on the novelty record “Snooker Loopy”, which was a Top 10 hit in the United Kingdom.